Texas, a longtime bastion of pot prohibition, continues to spark up surprises in the ever-changing landscape of 2020 cannabis reform.

Last week, Texas’s top agricultural official enthusiastically declared medical cannabis should be legal and available to anyone in pain. Now meet Dr. Tre Pennie, a Black military veteran and former police sergeant who’s running for congress as a Republican, largely on a platform of legalizing cannabis to benefit the populations most decimated by the War on Drugs.

Pennie, who’s running against incumbent Rep. Eddie Bernice Johnson, has authored a proposal titled Economic-Academic-Reward-Network-In-Training (EARN-IT) Cannabis Plan. The proposal aims to create educational and job training programs for citizens seeking to enter the cannabis industry, with a particular focus on elevating those from disadvantaged communities.

Talking to cannabis Moment, Pennie elaborated on EARN-IT’s details. The plan’s release, Pennie said, is timed to influence next week’s scheduled House of Representatives vote on the cannabis Opportunity, Reinvestment and Expungement (MORE) Act. If it ultimately passes, the MORE Act would federally legalize cannabis. 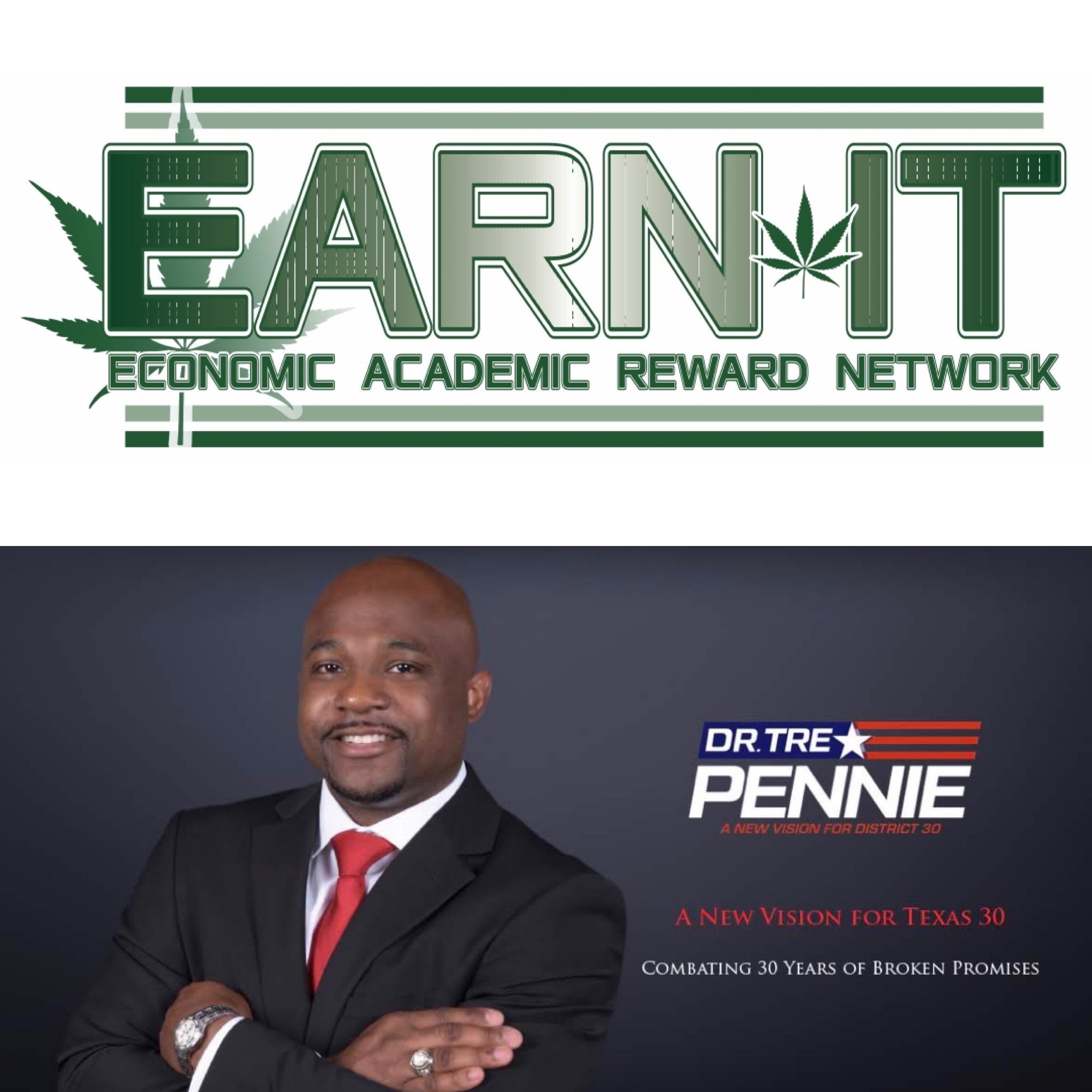 Still, even if the MORE Act eventually does become law, individual states will not be required to adopt all its tenets, starting with legalization. And while Texas has taken some unexpected steps toward cannabis reform, possession and use of pot there will still get you locked up.

That hardline anti-cannabis stance comes mainly from Pennie’s fellow Republicans, including the state’s idiot Speaker of the House who recently babbled that legalization “could be a help” to his constituents, but he’d still vote against it.

Party politics, Pennie said, have no place in what he’s proposing. “This shouldn’t be a partisan position that we’re taking,” Pennie said, “and I think what we’ve done is, especially within the GOP, we’ve begun to wrap social and moral issues into … economic policy.”

Pennie is not alone in this thinking. Three GOP lawmakers in Congress have also pledged to vote in favor of the MORE Act.

“From a Republican perspective,” Pennie continued, “we don’t want people relying on the government, right? So we’ve got to teach them a merit-based skill to be able to take care of themselves. We can’t talk about people picking themselves up by their bootstraps if we won’t give them any boots to pick themselves up by.”

Before finalizing EARN-IT, Pennie said he visited Colorado cannabis stakeholders and concluded that thorough regulation of the industry is crucial in order to fully unlock cannabis’s positive potential.

Since legalizing hemp in 2019, Texas pot busts have declined by 30 percent, and prosecutions have even dropped by more than half. As a result, Texas crime labs have simply stopped testing for cannabis in misdemeanor cases.

So, indeed, we can now add the emergence of a Republican congressional candidate who advocates cannabis legalization with intense federal oversight to create restorative justice programs as just one more step Texas may finally take in the direction of cannabis sanity.